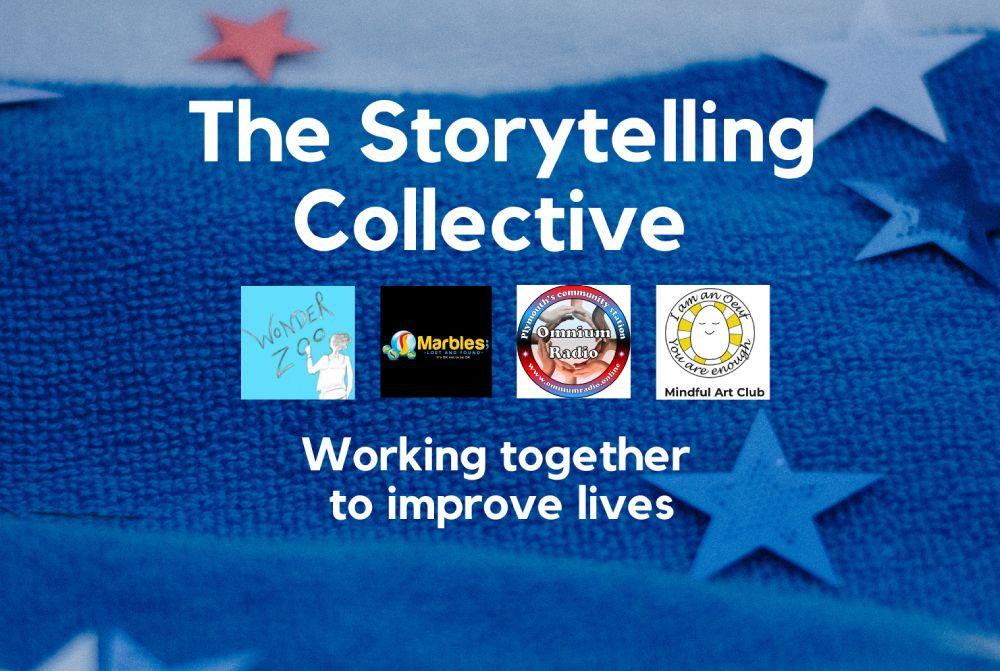 Collaborators
Briefly describe your project
Mindful Art Club, WonderZoo, Omnium Radio and Marbles Lost and Found will work together to create an opening gig, creative workshops and a closing exhibition over three months in 2023. These events will feature a research element, where participants will be asked to talk about what they need to help improve their lives within the changing social and political climate. An independent evaluator will collate the findings in a report, and this will be presented at the exhibition. This will be a pilot research project, hopefully leading to a longer collaboration.
Describe what you hope your Collective will achieve
This is a collaborative pilot project between four groups that aims to tackle social isolation and improve well-being. At the heart of the project is fun, laughter and putting a smile on people’s faces, within group settings that foster empathy, trust and acceptance. The project will take place over three months (Feb-April 2023) with research conducted with the participants that will feed into a report written by an independent evaluator. The ideas gathered from the research will inform a plan to create a two year collaboration between the four groups, with further funding sought from National Lottery or other larger funding bodies. This pilot project will be a testing ground for different ideas using existing expertise and community connections. The four groups all currently work with diverse individuals, providing opportunities for creativity, skill and knowledge sharing, social interaction and mental health support. The organisations will offer their tried and tested workshop formats, but with the additional offer of letting the participants have a voice that will feed into the research aspect. Participants of the project will be able to express their views and offer ideas for how their current difficulties can be supported better within the community. This will hopefully lead on to create a longer program that is evidence-based and tailored to people’s present experiences, rather than using past models, which may not be suited to current issues.
– First event will be a collaborative performance event – an opportunity for one representative of The Storytelling Collective to give a short talk about the project, its philosophy, aims and activities. Followed by seven artists who will perform comedy, music and spoken word. There will be food and drinks for the audience, who will be invited from the general public, as well as regular participants of the four organisations.
– Three workshops run by each group during Feb-April 2023, with feedback forms and/or online surveys for research. During the sessions, casual conversations will be had with participants that aim to bring out honest perspectives and potential ideas, with notes taken for keywords and phrases. There will be 12 workshops in total, at different locations in Plymouth including Omnium Radio HQ, Union Corner, Oasis Project and The Plot.
– An independent evaluator will create a report using feedback from the workshops, that will enable the groups to reflect upon the pilot project and start creating plans for a two year project.
– The three month project will culminate in an evening at a location TBC, showcasing the work that was done during the workshops and the results of the research and evaluation report. It will be an opportunity for participants to get together and hear how their ideas and perspectives have been heard and will feed into a larger project.
– If this pilot project is successful, with the groups able to work alongside and support one another, there is the possibility of creating a new network within Plymouth that is geared towards tackling social isolation using creative practices.
Describe how your Collective formed
Our four different groups have known of each other as friends for several years, with some of us working together already on various projects. We felt that working together as a collective would allow each of us to gain further knowledge, experience and skills, which will make us more resilient as organisations, leading to greater long term sustainability and positive impact on our community.
Our groups have similar values and aims, as we all work towards tackling social isolation, supporting mental health, giving people a sense of fun and purpose, and providing opportunities to develop friendships. We felt that we’d be able to work together successfully as we all offer unique creative approaches and perspectives, such as performance, radio, visual art, and talks, which can enable mutual support and growth. We hope that this pilot project can lead to longer term collaborations.
Which collaboration “shape” do you expect will best describe your project?
MURMURATION – Like a flock of birds flying together, all the organisations of the collective work closely together on all aspects of the project.
In which areas would you expect most of your grant to be spent?
Events 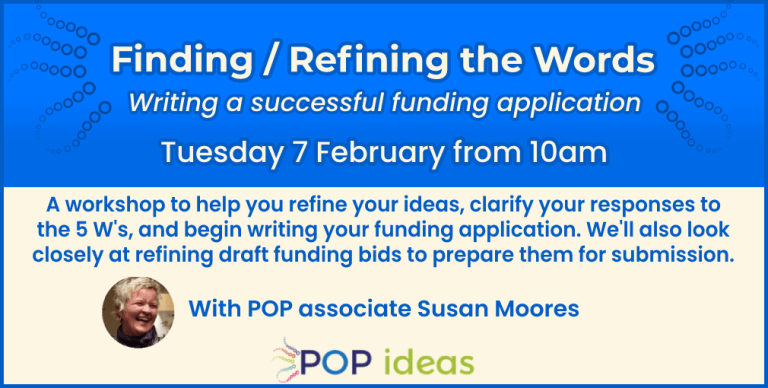