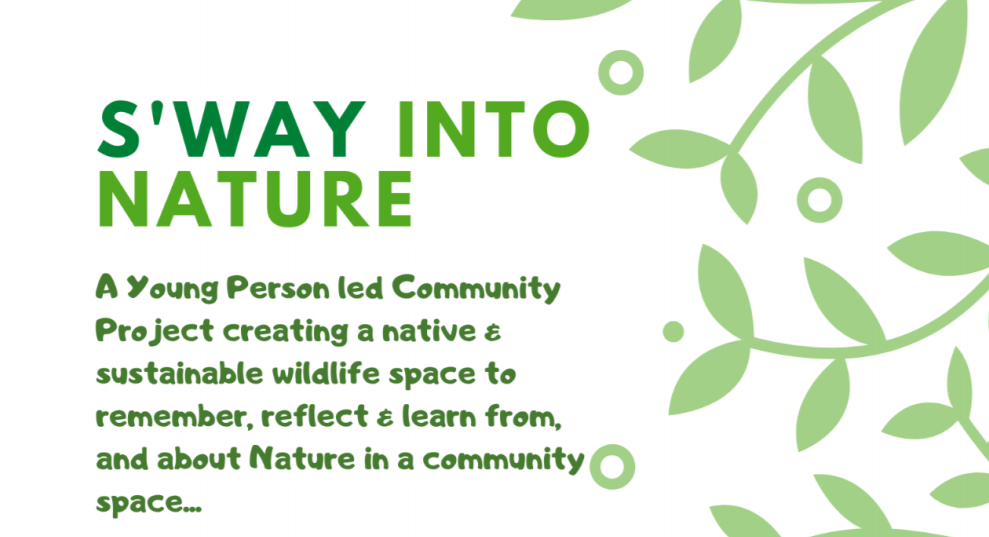 If you have walked by, visited or tried to park at the Southway Youth & Community Centre, you would have noticed that there are some changes happening in and around the grounds of Southway. This all started with Big Will’s Memorial Garden at the front of the building.

The project has being coordinated and supervised by one of our older young people – Harry. Harry has always been an active and energetic young person – volunteering for Southway Play Care, then playing a significant part in the Southway Youth Ramp & Bike project More Than Just Cycling to promote better bike related opportunities for young people in Plymouth.

Harry applied his energy and enthusiasm at a young age. Initially helping residents in the community mowing theirs lawns, then progressing to light gardening and landscaping, and slowly upgrading his lawn mowers and kit. Eventually Harry gained an apprenticeship with YGS Landscapes. Harry, continued to pop in to the Southway Youth and Community Centre, every now and then, updating workers on where he was at, and what he was doing, and “geeking out” on a whole range of new landscaping tools and equipment he either had used or was saving for.

Harry has always been an active member of the community, and likes to be busy. Harry started exploring music mixing, and wanted to explore this as a weekend job. The youth workers supported Harry getting set up, and in return, Harry stated that he would maintain and tender Big Will’s Memorial Garden (see picture right). Now referred to as Phase 1, and officially opened in May 2017. A couple of weeks past, then on return one week, the garden had radically changed! 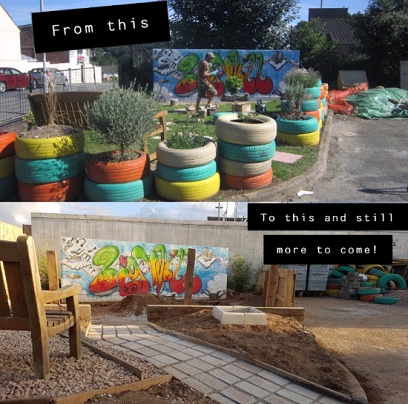 We received an email from Harry, stating that he had gathered a small team of young people, some who knew Big Will, and others that wanted to help Harry with his new concept. Creating a relaxing space for all community members to enjoy. Harry had also called in favours from the landscaper’s community and borrowed tools and equipment to start the ground works of the new and refreshed Big Will’s memorial garden. A new project was born!

Together, Harry and his crew discussed the layout – a plan to have a wheelchair / pushchair accessible space, a sensory garden, plants to attract insect life, and a bug hotel. A space where community members, young people & children can have a connection with nature and the wellbeing that it brings. To date Harry has done a fantastic job of calling in favours from businesses and local residents.

As we entered 2020, as the winter and storms are waning, with favours called and budgets tightening, Harry started to spread his project ideas wider. He needed a cash injection to realise and finish this ever-evolving project.  Harry’s new focus was on the rest of the grounds surrounding the Youth & Community Centre, which were unloved, rubbish-covered grounds.

After scanning for funds Harry and his crew secured £1,000 from Street-to-Scale. Harry progressed well to complete his vision. With works still focused on Big Will’s memorial garden, and hiring plant equipment for the new project branch (no pun intended), we were making progress.

This was early March, COVID-19, was starting to hit the news, and starting to reach our shores. We had to crack on as we were concerned about the increased government guidance. We organised several deliveries, booked in tree surgeons, and pushed hard to make headway. The nights were crawling back, which allowed a longer workday. Spring was on its way; the project was reaching a phase of completion.

The severity of COVID-19 was becoming apparent, with Social Distancing becoming ever tighter and then the lock-down; works had were put on hold… or the physical aspect anyway. We are still communicating with Harry, and we have put applied for additional funding from Grow Wild. Although we are still waiting to hear if we have been successful, we are still busy identify other additional funds and donations.

Whilst we wait for the pandemic to ease, we will be back on to the physical project, its official opening this year now delayed. However, we are optimistic, time will let the project settle and mature. In time, the project will give the community a space to relax and reflect, and again engage with the natural environment post COVID-19, the lock-down, and the pain it has caused. And, when it does, we will have a community opening ceremony.