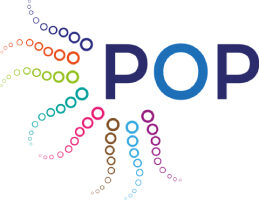 With the lockdown extended, many people are finding novel – and meaningful – ways to come together through the internet using platforms, such as, ‘zoom’ and ‘houseparty’. Here at POP+ we are aware that technology can really help to connect people and so we have been hosting – and continue to host – ‘zoom’ sessions where individuals can play around, learn how to use it (without fear of embarrassment) and gain confidence before they go out into the big wide (virtual) world.

One group embracing the change is The Ark Community Project based in Southway which has been supporting military (and civilian) families in the North of Plymouth since 2015 and celebrates its fifteenth birthday this month (Happy Birthday to you!). With all social events on hold it has begun hosting ‘coffee mornings’ on zoom, enabling people to have some form of social contact. Jenn Collings, one of The Ark’s pastoral workers, says having the support from POP+ has been invaluable;

“I don’t feel confident using it and didn’t even know it existed until a few weeks ago, but now we’re using it to bring isolated parents together. We’re hoping that as word gets out, more people will join in.”

Like many other community groups and projects across the city, The Ark, has been busy keeping in contact with families through phone calls, video calls and social media. Jenn and her colleague Zoe Lavers have been posting recipes and crafting sessions for parents and children to do; Jenn has been reading Enid Blyton’s, “Five on a Treasure Island”, a chapter at a time on facebook while Zoe (a qualified teacher) is supporting parents with home-schooling. And then there’s the all-important Storybook Waves Colouring Competition which finishes at the end of the month so hurry up and submit it for a chance to win!

If you think members of your community might like a virtual get together and/or you want to give it a go in a fun place where mistakes don’t matter, then join Deborah in one of our zoom ‘play’ sessions: Monday 27th April (1.30pm -3pm) and Wednesday 29th April (3.30pm -5pm). Get in touch at deborah@plymouthoctopus.org

Footnote: Such has been the rise in the use and popularity of Zoom that twelve weeks ago you could have bought a single share in the company, Zoom Video Communications, for $70.44. Now (April 20th 2020) you will be paying more than double this amount at $157.56.