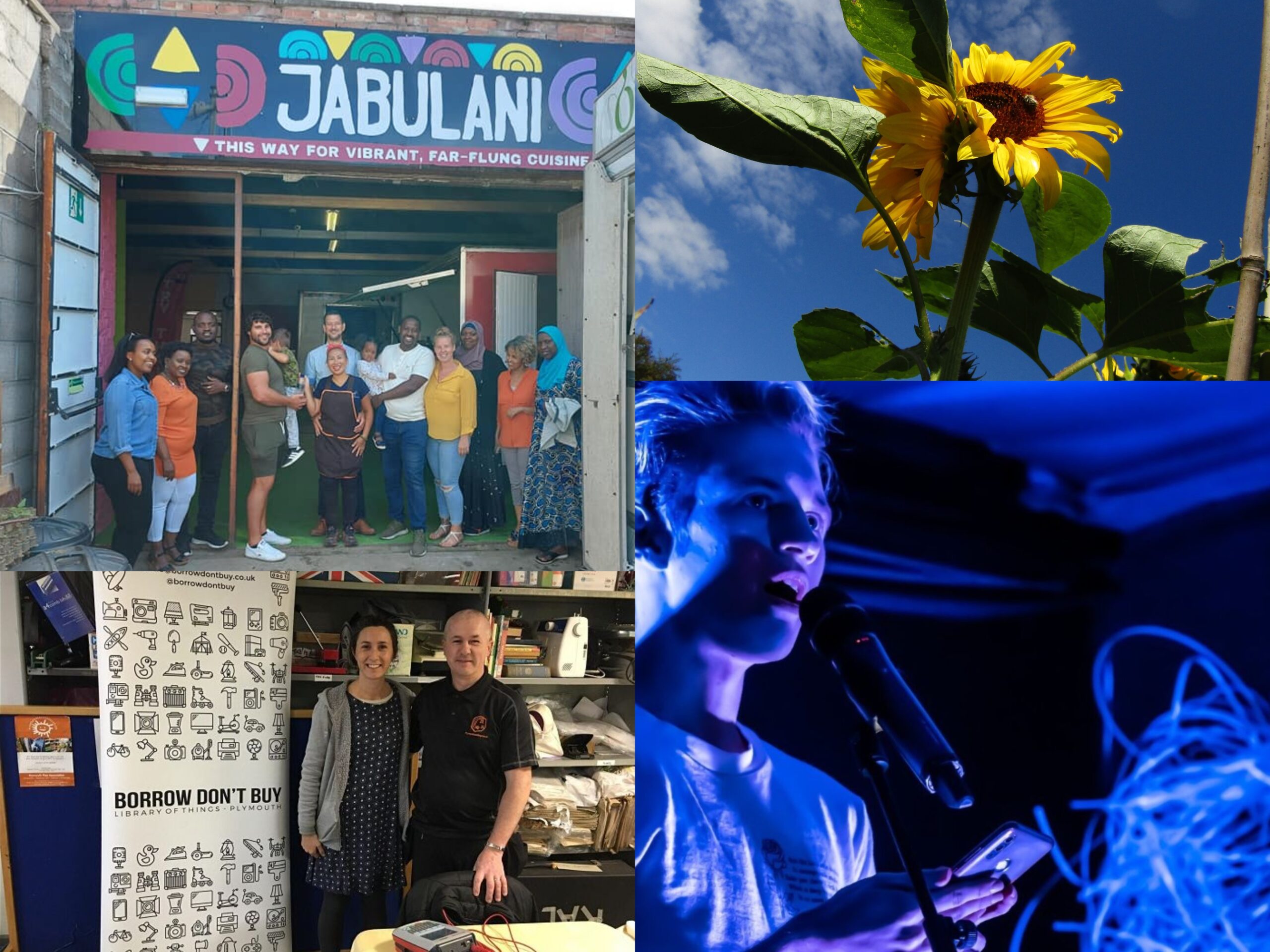 In 2019 POP+ set up something radical: The Learning & Collaboration Fund. The aim of the fund is ‘to do what it says on the tin’: to encourage learning (through ‘doing’) and to encourage existing groups and organisations to work together.

“Funding,” says Charlotte Brew, POP+’s Learning Champion (yes that really is her job title), “has traditionally been a competitive dog-eat-dog world where one person’s successful bid means someone else’s attempts have crashed and burned. We believe, so much more can be achieved through working together, and this fund attempts to get us all thinking differently, more radically, about how we can achieve more, with what we’ve got, by collaborating.”

At the end of 2019 four exciting ideas received almost £5,000 each from POP+, enabling more good works to be done, by more people, for more people:

The Big Fix was held in February by the collective Repair, Make and Mend which knits together Borrow Don’t Buy, Timebank, Scrapstore and Makers HQ. More than fifty people brought along their broken, chipped and damaged items and while some were beyond repair others weren’t: a vintage doll, a Goblin Teasmade and a couple of cine cameras were just some of the weird and wonderful items saved-from-scrap. The Big Fix saved approximately £300 in money; 5.6kg in waste-to-landfill and about 50.3kg of CO2 emissions.

Culture and Integration Through Food has just thrown open its (oven) doors, opening last month, as Jabulani, at The Plot on Union Street, to thrill us all with global food cuisine. Diversity Business Incubator has joined food-forces with Food Plymouth and Miriam & Miriam to tempt us with delicacies from around the world, bringing us closer together at home.

Creative Natures is reaching out to young people living in hostels and using art, gardening and plants to encourage growth. Horticultural Therapy Trust and Free Radical Creations have formed a partnership to nurture positive relationships between those taking part in the project and the natural world.

The Eclective Network can be found doing all sorts of creative things in the community space – Leadworks Factory CIC in Stonehouse. The Learning & Collaboration Fund from POP+ helped to turn a wonderful old warehouse in Rendle Street into a public space. It is a diverse and creative collective of groups and individuals made up of The Kintsugi Project; Flyinghead Studios; Community Arts; Cawfee Community CafÃ; Pride in Plymouth; Empowering Hidden Voices; Imperfect Cinema & Mothership Audio.

And unlike more traditional funding streams ‘success’ is rated rather differently. POP+ is more interested to see evidence of trust & relationships; risk-taking & innovation; inclusion & diversity and learning-through-doing than it is by ‘traditional’ measures, such as, profit; impact and the number of beneficiaries. People and projects are given ‘space’ to adapt and evolve; changing what they do (and don’t do) as they go along. The most important element of the whole initiative is almost impossible to measure – communication, trust and respect.